Somehow, we forget how to make friends.

George hasn't yet. He is about five years old, a class before my daughter, and most days, I watch his exasperated mother try to bring him to heel. He rolls around the school, secure in his own world where he is king, hi-fiving staff as they walk by, saying hello to other parents and as he walks by me he calls out, "Hello Uche’s mom!". George always says hello, and my smile was waiting in expectation. "Hello George".

It's 2.30 pm in Lagos, and school is out. My daughter, Zina, has a gymnastics class after school, while Uche my son, has a swim class. I am on my way to the school gym to watch Zina, who has only just begun gymnastics and seems to have finally found something she loves.

My kids are polar opposites, in everything. Uche loves chocolate, Zina will only eat vanilla. She doesn't eat much, except her meats, eggs and salmon. Uche will try everything if you smear some Nutella on it, but is pretty much vegetarian. Where he is pure drama, always entertaining, Zina would rather watch her brother and others take the limelight. Like George’s mum, I was always asking my son to stop, to pull back, to speak quieter even as I asked Zina to speak up, to assert herself.

Is this about the sexes? I am not sure, but I don't think so.

I was the loud, anything-for-a-laugh, guffawing-in-public girl, once upon a time. When did that stop? Why did I stop? Well into my twenties, if I liked someone, I would walk up to them and say hi. If I liked a boy’s shoes, his nose, his smell, his whatever, I complimented him and moved on.

I have found that the one thing most people crave as adults, is friendship. Many people are lonely and yet we are all afraid of reaching out. As children, it is somewhat easy for many of us, and as adults, something holds us back. Social media gives us the illusion of new friends and yet insulates us when we are in public.

I come across pictures of five year old Uche, we are on holiday and he’s dancing in a square as Zina quietly feeds pigeons. He is oblivious to the milieu, dancing because he wants to, because it makes him happy. His dazzling smile remains infectious through the still images. He will be nine soon and while his smile remains the same, I do not think he puts himself out there so much anymore. I do not like the hesitation that I have put in his eyes; I have invariably become part of the system.

I am at the supermarket, a lady walks up to me and says she likes my tattoo. She’d like to get something similar as a coverup. She shows me hers below her inner wrist. Can she take a picture of the art on my wrist? Why not? I hold out my arm as she takes one. Minutes later, as I peruse another aisle, she comes up to me and asks if she can have my number. With a smile, I ask why. She looks at me and says, "I’d like to be your friend". I am completely taken aback.

Wow! You are so brave.

To ask to be someone’s friend. While adulting. In a supermarket?

Even as I give her my number, I begin to wonder about my thoughts. Brave? When did talking to strangers become brave?

I used to be called that. I used to be "brave". When other people asked me, how do you do that? Why is it so easy for you? To put yourself out there? I would shrug it off. It was nothing. Somehow, now it isn’t. I could never walk up to someone and asked them to be my friend.

This unexpected compliment keeps me buoyed all the way to the meat section of the supermarket. A lady waits for her beef to be packed, I see her shoes. The lavender hued suede is very pretty. These are not entry level heels, they are the kind of shoes I would hobble around in, in my pre-kids days. Now, I can only admire from all the way below, in my comfy flats. I will pass this nice feeling on. "Your shoes are so pretty". "I love your hair", her words are out of her mouth before I'm done with mine. We pause, begin to laugh and then, we exchange thank yous and move on.

My tiny attempt to put myself out there had paid off immediately and immensely too. My 4c hair was beginning to look like #hairgoals after lying fallow for a couple of years. I had styled my hair in a ‘fro and kept tugging at the edges in the car, unsure if I was pulling off the look I was going for, so that this specific compliment is a bullseye.

From the supermarket, I rush off to my kids' school and as I walk in, George’s mum asks if I’ve seen him around because she can’t find the cheeky boy who was beside her seconds ago. She is not worried, the school is a safe place, instead, she looks bored with her son’s antics. George calls out "hello" to me from inside the school gym. I hold his hand in a tight grip and call his mother on the phone. 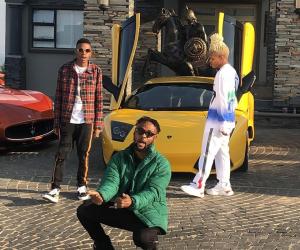 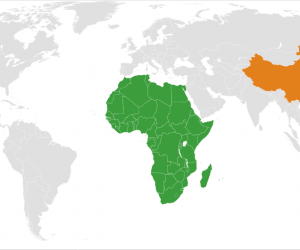 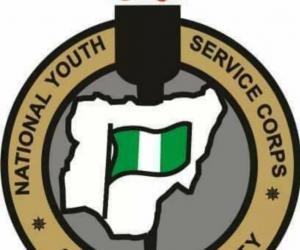 Why is the NYSC still a thing?
1 year ago