It's D-Day tomorrow. Go out and vote!

The concept of having a true representative in power is one that is alien to us Nigerians. I know I’ve never had one, never felt like any of the people in any level of government were there, speaking for me or others like me. Without a doubt, I'm speaking into the void when I say we really need to vote across party lines. What does this even mean in a country with parties without staunch political ideologies?

Zero hour is almost at hand. Tomorrow, Nigerians will go to the polls to vote in Federal candidates of their choice to the presidency and into both the lower and upper houses. As usual, it's slim pickings out there. It’s almost all a bunch of ‘power’ names who have been there for years and done nothing. We need a heavy infusion of new minds, and not just at the presidency. We ignore the legislative arms of government even though it is perhaps even more important, because we are all focused on who is at the helm of affairs.

I came across a video of Banky W on Instagram and usually I can’t scroll past fast enough, but something stayed my finger. This tiny Instagram bit was about his NEPA bill and as he explained his angst with all the indignation that receiving a well padded estimated electricity bill deserved, my first thought was this person gets it, this person is angry, and for the first time since “Lagos Party”, I connected with him. Banky is running to be the Eti-Osa house representative. Favourable response to his candidacy has not been very strong. Nigerians are tired of artists, actors, newscasters who use their popularity to morph into politics and then fail to be different. We need people to advocate for us, people who genuinely want to effect change. I’m not a fan of Banky or his wife. It’s nothing personal, I just lack fawning chromosomes. I found the hoopla over their wedding nauseating, but that’s just the acidic bile deep in my guts bubbling over. They look like a genuinely lovely couple, individually and together-Iy. After watching him, I could not stop imagining a Nigeria with truly educated people who know where we ought to be, who are ashamed, angry and tired of complaining. People who feel the shame of inviting friends to Nigeria and whispering “the airport is the worst part, please don’t turn back”.

We need angry people. If you are Nigerian and you are not angry, the rotten system has to be working in your favor, or there has to be something wrong with you. The Sanwo-olus are not angry, Atiku is not angry, Tinubu and his wife are smiling to the bank, Rochas and his son/brother in law are anything but angry. They have no reason to be and they do not intend to serve. I am sure there are many other candidates like Mr Wellington, what chance do they have of breaking through?

It’s D-day in a few hours, and I'm hoping there’s no violence, that somehow, inspite of thousands of disenfranchised people, the voice of the majority rings out loud and clear. 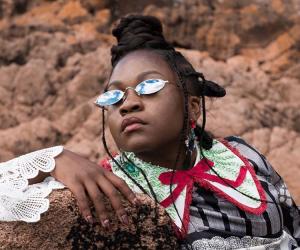 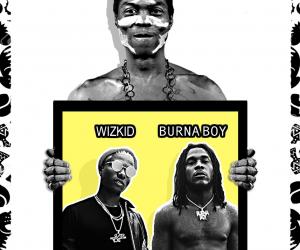 🤔: Who do you think Fela would Love
1 year ago