Nollywood: It’s time to grow up.

Was my first review scathing? Maybe. Was it fair? I think so. Could I have been nicer? Definitely. But was it the truth? It most certainly was.

After I went through the notes I had made at the cinema, I realised I didn't have a lot of nice things to say about "Lara and The Beat", and it genuinely worried me. I wish that my first movie review was at the very least, a positive one, and for a long time, I sat on it.

How would I feel if someone else totally eviscerated my hard work? Especially as I understand only too well how arduous the creative process is. I have the utmost respect for people who create, people who make something whole where there was nothing.

I also believe that bad art is better than no art.

While tastes are subjective, there have to be standards. Nollywood is not exactly known for  its excellence. It has always been quantity over quality.

Most filmmakers in Nigeria are not looking at investing in themselves. What is the pre-production process like at the average Nigerian studio? Are there choreographers, composers, editors, sound mixers; people who went to school and studied the technicalities of these professions? Sometimes, it seems like the only upgrade Nollywood has made in recent years is in camera quality. To be fair, there are many moving parts to filmmaking, where a movie might have the best production designer or even the best cast, many other factors come into play. A good script cannot a movie make.

Kemi Adetiba's The wedding party was a benchmark for the Nigerian movie industry. Pretty much all of Nigeria was agog at its release and like everyone else, I watched it and liked it because it was different. Was that story new? The bickering mothers-in-law, the seductive ex-girlfriend, the clumsy well meaning best friend, we've seen them a million times. And yet, there was something refreshing about The Wedding Party.

At the time, I had been commissioned to write a TV script and because I know nothing about script writing, I was taking an online course. Something was soon immediately clear, Kemi Adetiba was following all of the formulas and rules I was only just learning. I googled her and saw that she had studied at the New York Film Academy. That's it. She thought it worthwhile to invest in herself and her passion and her very first film stood out.

Genevieve Nnaji's directorial debut Lionheart premiered at the Toronto International Film Festival this past week and then was immediately scooped up by Netflix, making "Lionheart" the first original film from Nigeria. A quick google search of the cast and crew tells me that the movie is in qualified hands.

I have enjoyed many other movies, especially the offerings of Nse Ikpe Etim.

I am totally unsympathetic to the narrative that "we are trying", when Nollywood should absolutely do better, after all we have been at it for a while now.

We definitely need to be in charge of telling our stories and the only way to do it globally and be taken seriously even as we keep it a hundred percent African, is to individually and collectively hone the different crafts relevant to film making. 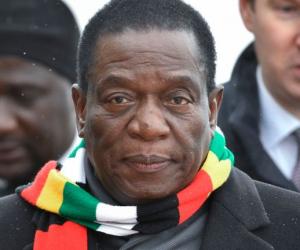 🎬: Return of the Zimbabwe Dollar Explained | State of the Nation with Zororo Makamba
3 years ago 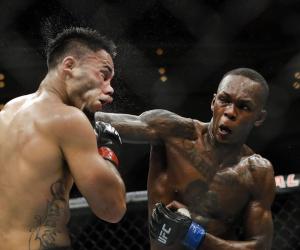 February 16: An impotent Electorate?
3 years ago 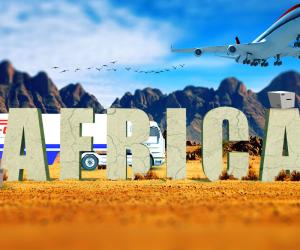 Africa is the final frontier
4 years ago