I grew up in a literary home. A house filled with books, book lovers and music. Music of all sorts, from the classics to more contemporary sounds like alternative rock. Of course, R&B, the blues and hip hop lived there as well. Simply put, there was music. Lots and lots of music. So, yes, this is about unsung heroes, to me, in the here and now, they are the producers.

Who are these guys anyway? I mean, we know the song writers, the ones with the soul-stirring lyrics and the singers; the brothers and sisters in the spotlight with the angelic voices. So, who are these guys? You mean the producers? Yeah right, those guys. Don't they just make the beats? Yes and NO. Yes, they make beats but no, they don't just make the beats, they create the mood, they birth the medium for the words or moment to sink in, they fashion the vehicle that gives the entire thing meaning, they make the seconds and minutes an emotion charged continuum that has a life of its own devoid of the lyrics and the singer. Yet, what's their name again? ‘’Producers’’, yeah! Those guys are ‘’unsung’’.

I met two a few weeks ago. Without trying to, they changed my opinion about their craft. It was a song writing meeting for my friends’ album and these two were here to help with the production of the album. Bigfootinyourface, a mouthful I agree, the shoe did fit though, because he stood at 6ft 5 with a full afro (holding it down for the brothers who lost their hair in the struggle). I digress. Introductions were made and I just listened to them talk, basically catching up on life, work and the music. This was a mixing of minds by friends. Then without telegraphing, Biggie grabbed my attention in a chokehold when he called his beat making “Art”. ‘’Art’’? This caused a raising of my mental eyebrow. He played a few of his projects for us and “ 8pm at Lekki beach” took me to a place I hadn't visited in a while (I went with my pen and paper of course). Bigfoot is a real life Clark Kent, Ezenwa by day and Bigfoot at night and it was night time when we met. Several conversations later, I asked him, “What do you do on nights that there is no gas in the tank?” he said, “Even nights with fuel, going against the grain, one is faced with self doubt. So, asides from having love for what I do, the sheer will to make it work and even if just one person has been genuinely touched by my art such that they derive some sort of meaning from this unorthodox art that we create, that's a huge boost. It makes the other nights of self doubt seem worth it”. Again the word “Art”.

The other producer named Sarge, and no, he didn't carry himself with military poise. I didn't ask about the history of his name, just the history of his love for music and he said, “ I was always in love with beautiful sounds”. His journey to where he is now struck me as ironic. The quintessential instance of art imitating life. Like everything he did and went through, from his desire to learn more about computers in University at a time when one of the ten computers in his university belonged to him, to the software swaps with his friend and the serendipitous discovery of Fruity Loops; the now famous music composition software. “That spelt the end of my social life”, he said. Again, the word “Art” came up. That word. Sarge is definitely the epitome of unorthodox when it comes to his production style. One of his projects “The art of sampling” crystalizes his technique in perfect form. His inability to play a keyboard (although he plays brass instruments) drove him into learning mixing, studio design, sound reinforcement, outdoor gigs and such,eventually led to mastery of many if not all Digital Audio WorkStations (DAWs). When he became confident and comfortable  playing with samples, it became an art for him, this was at last his chosen form of expression, making music with samples. When I posed the same question about gas in the tank, his reply was hilarious “ gas in the tank is no respecter of time and growing up in a place where if you didn't practice a career whose name is familiar like doctor, lawyer and engineer  meant you were doing nothing at all. My biggest drive when I have down time is my desire to survive. You spend a lot of time wondering if you are normal and finally accepting yourself. It was my will and desire to survive”.


Art, the word resonates in me deeply whenever either men used it. I write poetry, it is my form of expression. It is my art. Yet, here I was, confronted with my own prejudice; Art, “The conscious production or arrangement of sounds, colours, forms, movements, or other elements in a manner that affects the senses and emotions…”. It seemed poetry only made it in here via a technicality. Pharrell's ‘’Happy’’ would still contain that bubbly, joyful, walking-on-sunshine feeling without the lyrics. Guess who made that happen? The Producer, who just happens to be Pharrell...

To the “Unsung Heroes” represented by the ones I have met, Sarge and Bigfootinyourface I salute you. May your art be forever. 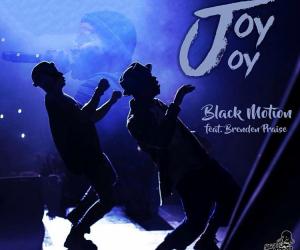 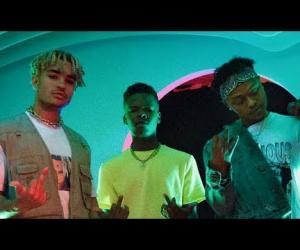 🎬: Exclusive interview with Wizkid
1 year ago