I liked this movie.

I was more than half way into it before I realised I had not rolled my eyes– not even thought of it. Yes the bar is low, but it is what it is.

Oloture means endurance, lucky for me, this was one one movie where watching had little to do with endurance.

It is the story of many young girls who are trafficked from Africa into Europe as sexual slaves told through a unique point of view.

What was right with it? Many things. First of all, and most importantly was the script. It was a well written story. I did not see the first twist as the story unfolded and usually, you do not have to be Sherlock to anticipate a supposed surprise in our movies.

I saw a trailer only after seeing the movie and see that this twist is given away in the trailer which means I dont have to be coy about spoilers. Olutore is a story of a journalist who goes undercover into the world of sex workers to uncover a sex trafficking ring but gets more than she bargained for.

I especially liked the end. My immediate reaction to the final scene was ‘welcome to adulthood, Nollywood,’ because the boogeyman does not always get what's coming to it. The final act had a couple of issues but the end was strangely satisfying for me.

I think the cast, save for one or two people, were spot on in carrying out their duties, but the supporting characters were the winners by miles. From Ikechukwu who is Chuks the pimp to Landlady Sandra(Omawumi), but most especially Omowunmi Dada who plays Linda and Blessing played by Kemi Lala Akindoju, both prostitutes. These ladies carried the emotional journey of the movie on their backs effortlessly.

Sharon Ooja is Oloture and I am glad to see her expand her acting repertoire and take on new roles.

The high life music, set a classic Nigerian 70s vibe while still coming across as timeless. The locations used were one of my favorite things about Oloture. Loved that it was in pidgin which will definitely make the movie accessible to many more Nigerians– no highfalutin I-live-in-Lagos-English. All of the above encapsulated the gritty street life of the ladies of the night desperate enough to pay their way into bondage for a life in ‘the abroad’.

Cinematography and editing was also on point. The scenes did not go on too long or were not unnecessary. The Babalawo montage lingered but it was an appropriate artistic choice, it was devoid of the cheap theatrics that Nollywood casts on these rituals. It felt practical, and  a logical step in the sequence of events.

The dialogue was great; realistic and apropriate, as was wardrobe; little things that many of our films gloss over.

I'll ignore small irritations like bad chain smokers or a couple of loopholes– why go on such a dangerous mission without an exit strategy or adequate back up? Or the sudden declaration of love from Blossom Chukwujekwu who plays Emeka in what should have remained a purely professional relationship.

Is a romantic dalliance with a colleague the only chance  a reporter in the field has of being protected on the job?

I hate that Nollywood’s go to depiction of a bad girl or a prostitute is a cigarette smoker, it is now so ingrained that it is almost a chicken and the egg situation. Are you a bad girl who smokes because Nollywood says so, or does Nollywood say so because many sex workers smoke?

The movie gives a good account of itself and all involved can be proud of what they put out. I have actually told family and friends to watch.

Oloture was written by Craig Freimond and Yinka Ogun. It’s an Ebony life film, Executive produced by Mo Abudu, directed by Kenneth Gyang, and is now streaming on Netflix. 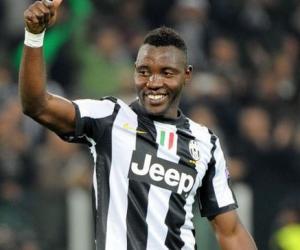 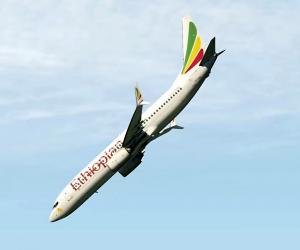 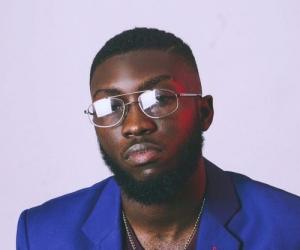