Samuel Itodo: A teacher, an inspiration, and more.

Itodo Samuel’s post first came upon my timeline like many serendipitous events. It was a humorous post that had to do with crowd funding a car and was the most fascinating read. I had certainly never come across this brand of ‘jocular rhetoric’. Why were people giving this guy money, not for someone else, not for cancer, not for a new kidney but to buy a personal car? I went through his timeline, followed him after a few giggles, and very soon sent in a token.

There is everything wrong with the Nigerian education sector, the only thing that's right about it is Samuel Itodo. His first degree in Petroleum Engineering from the University of Port Harcourt and a Masters in Reservoir Evaluation and Management from the Heriot-Watt University would for most Nigerians mean a lucrative job in the Oil and Gas sector. Somehow, Samuel returned to Nigeria after his Masters program to teach. He didn't return to some high brow ‘college’ in the heart of any City but to rural Otukpa in Benue State. His witty posts about his students and the hardships that many of them face, his efforts to help them and his self-funded and driven initiatives to entice other kids who aren't in school did not go unnoticed. Soon, people asked to adopt kids and to help with financing their education and more.

Samuel Itodo is more than a Mathematics, Chemistry and Physics teacher. He goes beyond his duties as a teacher to encourage the kids and to show them alternate world views in simple ways, like using the Internet on his phone or taking them on excursions to the city where one of the main attractions was to see an escalator at a mall.

He was in Lagos this week and received The Future Awards Africa and University of Sussex prize for Education.

Itodo Samuel who is fondly called Pope by his friends, describes himself on Facebook as teacher, change agent, son, brother, father, friend and mentor.

He got his car recently, and can finally add “driver” to the many hats he wears to serve his community. 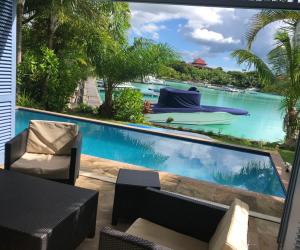 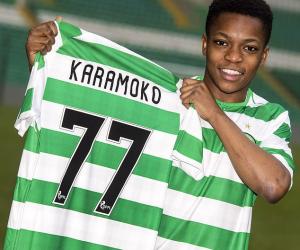